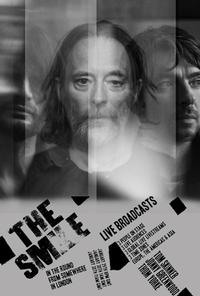 The Smile, the new group comprising Radiohead’s Thom Yorke and Jonny Greenwood and Sons Of Kemet’s Tom Skinner, play three consecutive live shows in twenty four hours at Magazine London, in the heart of London’s Docklands, on January 29 and 30.

Performing to a seated audience in the round, each show brings together a live show and a cinematic livestream captured by award-winning director, Paul Dugdale, produced by Driift, and broadcast in real time.

Please note that these tickets only grant access to the screening of The Smile’s livestream broadcast at our cinema, not to the actual live show itself, and that The Smile are not actually performing in person at our cinema.

Showtimes for The Smile: Live Broadcast